The Elle Woods of Snow Pants

When I first started this adventure of shopping second-hand for myself for a year, I didn't really think through all my potential clothing needs for the upcoming year.  For example, early on, I decided to draw the line at undergarments, though I do appreciate that VV Boutique offers undergarments (often new) for those who can't draw that line.

Recently, I realized I was lacking a critical article of clothing for Canadian winters: snow pants.  For as long as I can remember, I've been either squeezing or floating in my husband's spare pair as I've trudged through winters at various stages of pregnancy and post-pregnancy (it once took two of my sisters to pull them on and off of me for New Year's Eve fireworks viewing!), but this year, they are simply too big to be functional.  I admit, I initially thought to hit a sporting-goods-type store to pick up a svelte new pair.  Then, I remembered that I'm not exactly a ski bunny and VV Boutique might just have something that would suit my needs, at a much better price point...

Pink ski pants $10 VV Boutique = AWESOME
There was not a large selection of women's snow pants, but my only real criterion was "warm," though afterwards I realized that I prefer the overall-type than pants-type because they are warmer and stay on better!  I don't wear snow pants that often - for outdoor play and cross-country skiing with my family.  I am not exactly, er, athletic, so you won't catch me in those intimidating body-hugging ski uniforms.  I'd rather have a bit more bulk to cushion my falls.  I don't have a proper "ski jacket", but I do have a couple old, warm puffy coats that I typically wear for these activities - one pink and one purple.  Here's the purple: 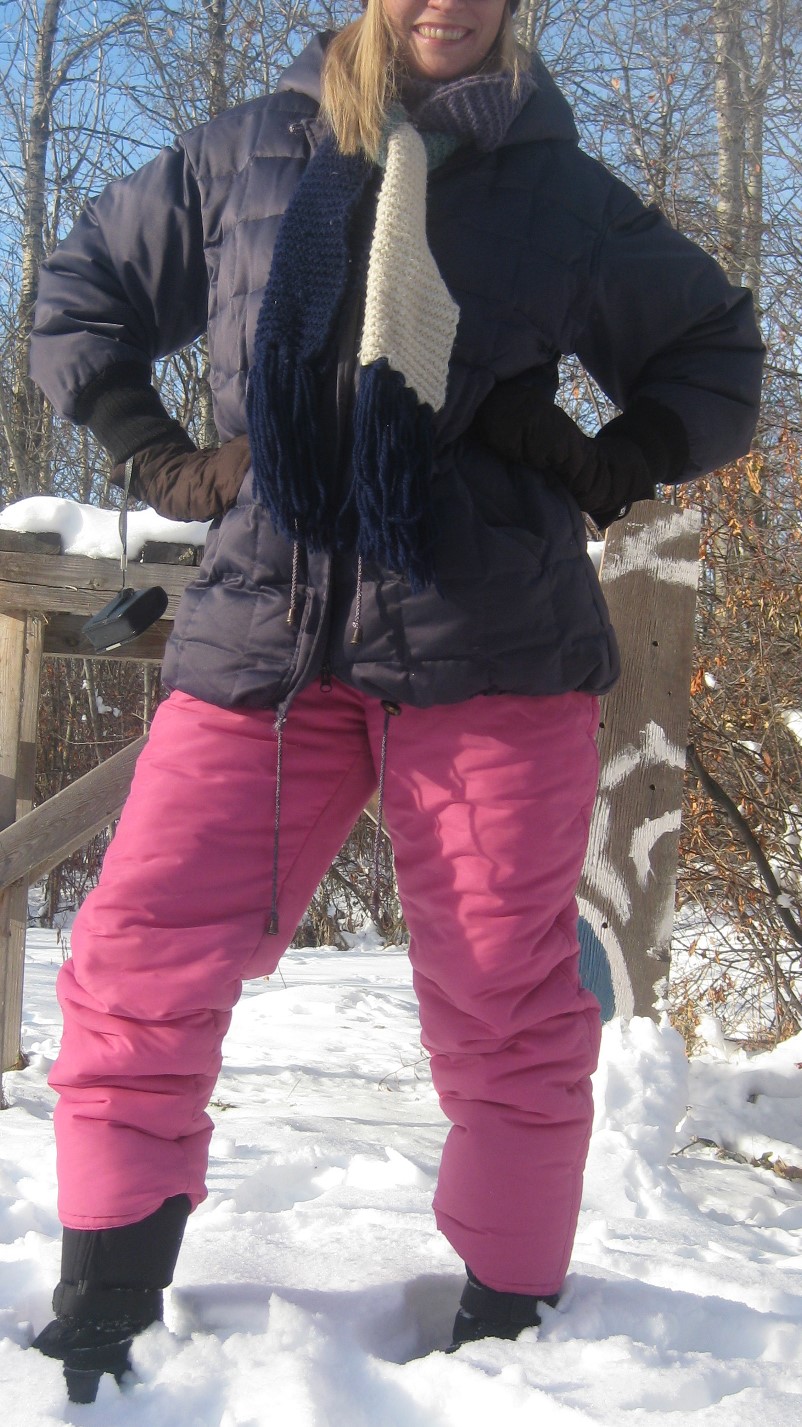 I remember "splurging" on this coat in 1995 when I was a student in Montreal.
It was $99 from Bedo.
Wow, I'm it's old.﻿
My daughter was with me when I went shopping for snow pants, and when I bought these and told her that mommy now had pink snow pants just like her, she literally cheered. 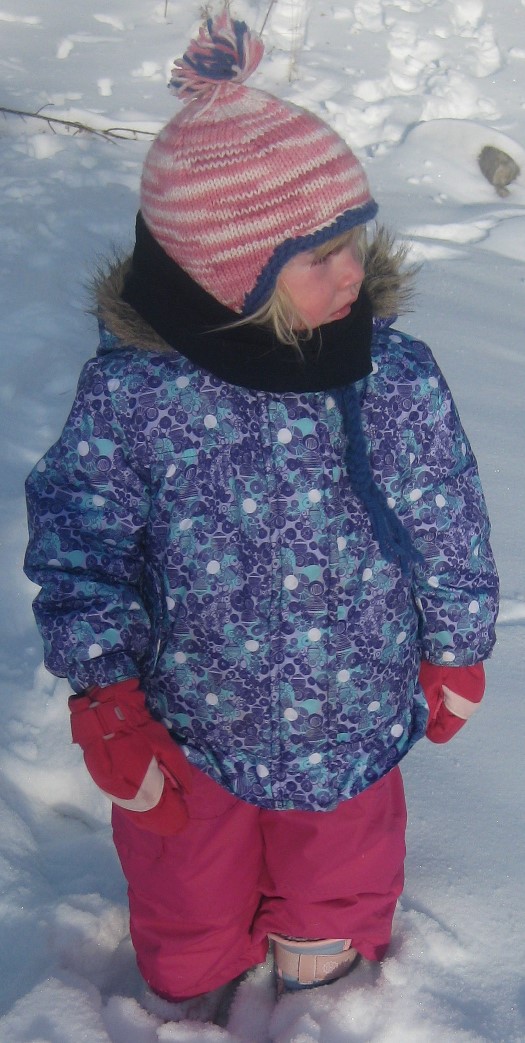 "Yayyyyyyyyyyyy!"﻿
I think the colour is awesome!  But I love colour, and I would even venture to claim I'm capitalizing on the colour-blocking trend!  A side advantage: easy to spot in the snow (for those times when I lag a kilometre behind or fall and can't get up and await rescue from my 40 or 4 year-old).  It is a lot of pink though, so I'm going with Rule #5 ("Go Forth With Attitude!") embracing my inner-Elle-Woods and heading outside for some fun!
Posted by Unknown at 19:54