Halloween is THE season for Value Village, so naturally, I get my family's costumes there every year!  Here's a little throwback to my first blogged costume in 2012... 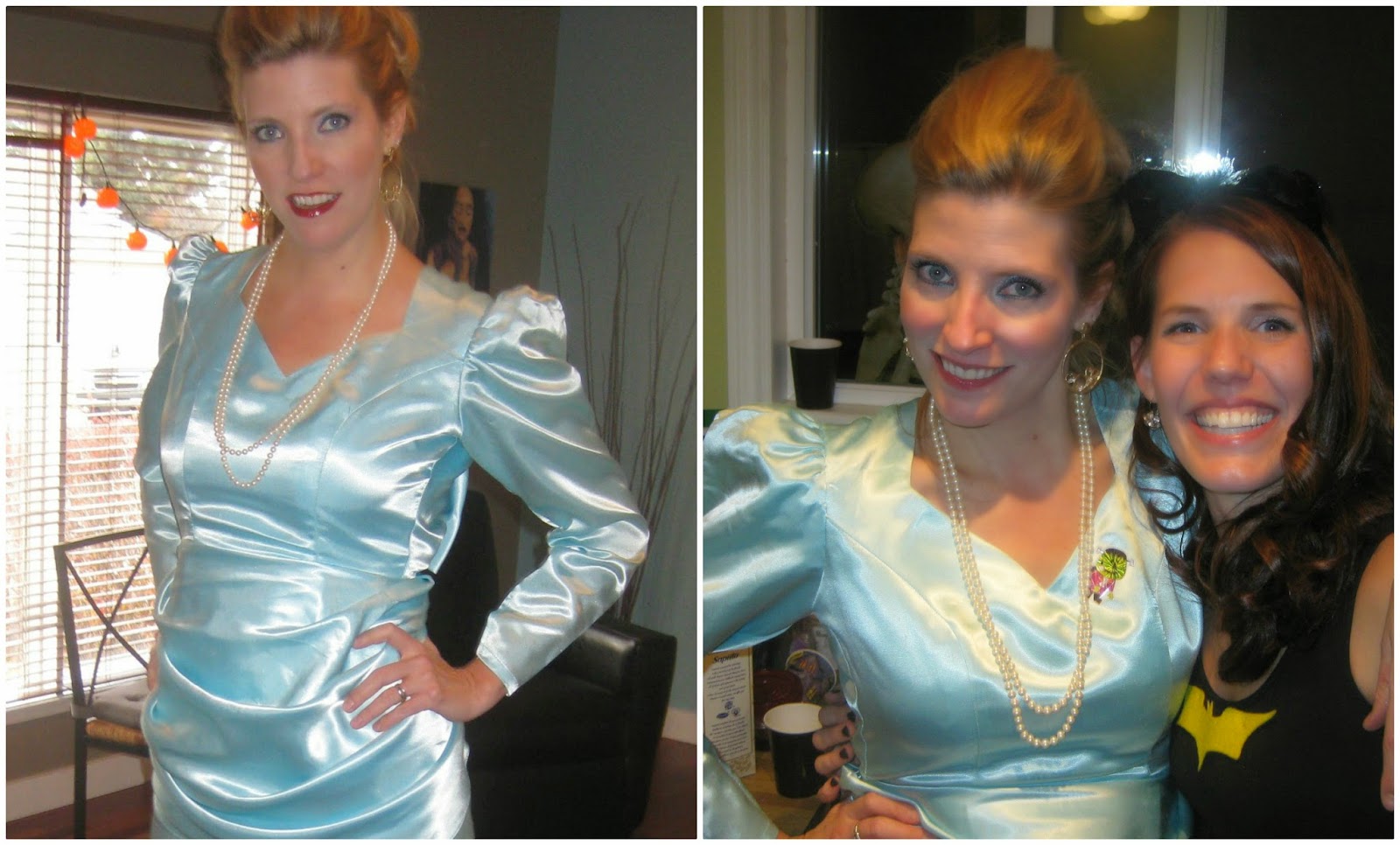 Bat Girl and I had a few martinis that night. 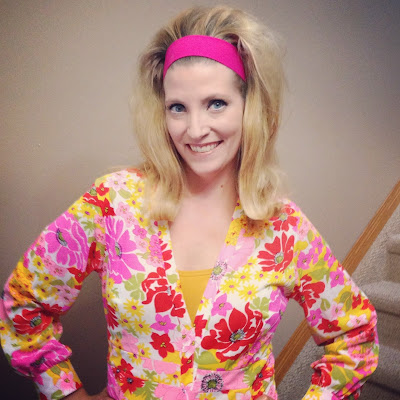 There *may* have been martinis last year too...
Let's just go ahead and call it a VV Boutique Style Halloween tradition.

The first of us to get a costume this year was my daughter, and she is the only one that got a "new" costume, but I had a good reason.  In order to get 30% off my shoe collection, I needed to spend $20 on new red tag Halloween items.  That was the only excuse I needed to snag the perfect costume for a spunky little girl who likes to do things her own way (I have no idea where she gets that from)...

I love my little Ariel! 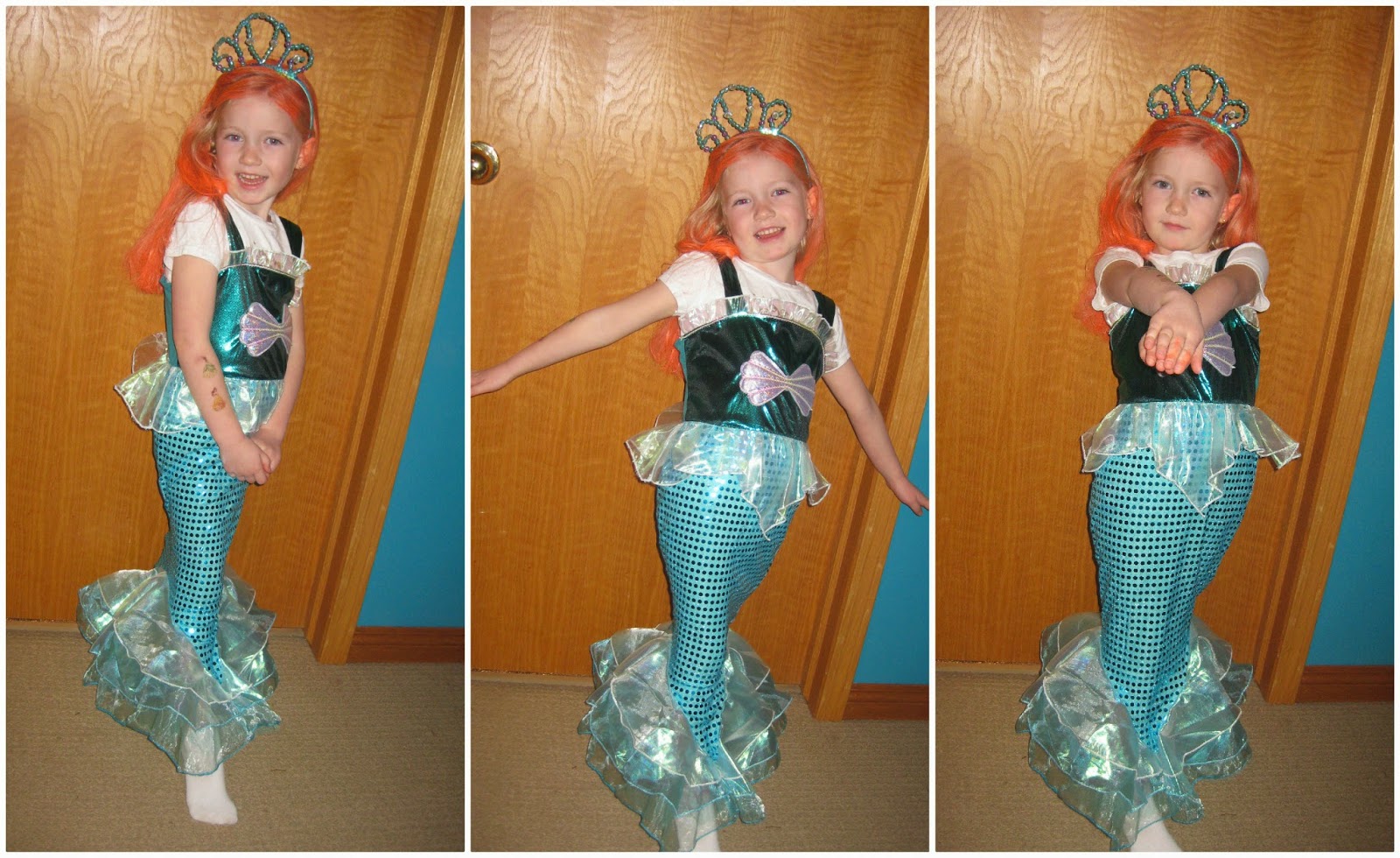 Her brothers didn't think it was a realistic costume because there was no shell bra.
That's an interesting discussion to find oneself in.

My hubby helped the boys look for costumes one day while I looked at more shoes everything else.  He made a smart play: they could hardly resist the "new" costumes so he had them select what they wanted, then went looking for used pieces to make the same costume - a much better deal and I was able to use a filled 30% off sticker card on those items which would not have applied to new red-tag items.  Brilliant, Mr. Style, brilliant. 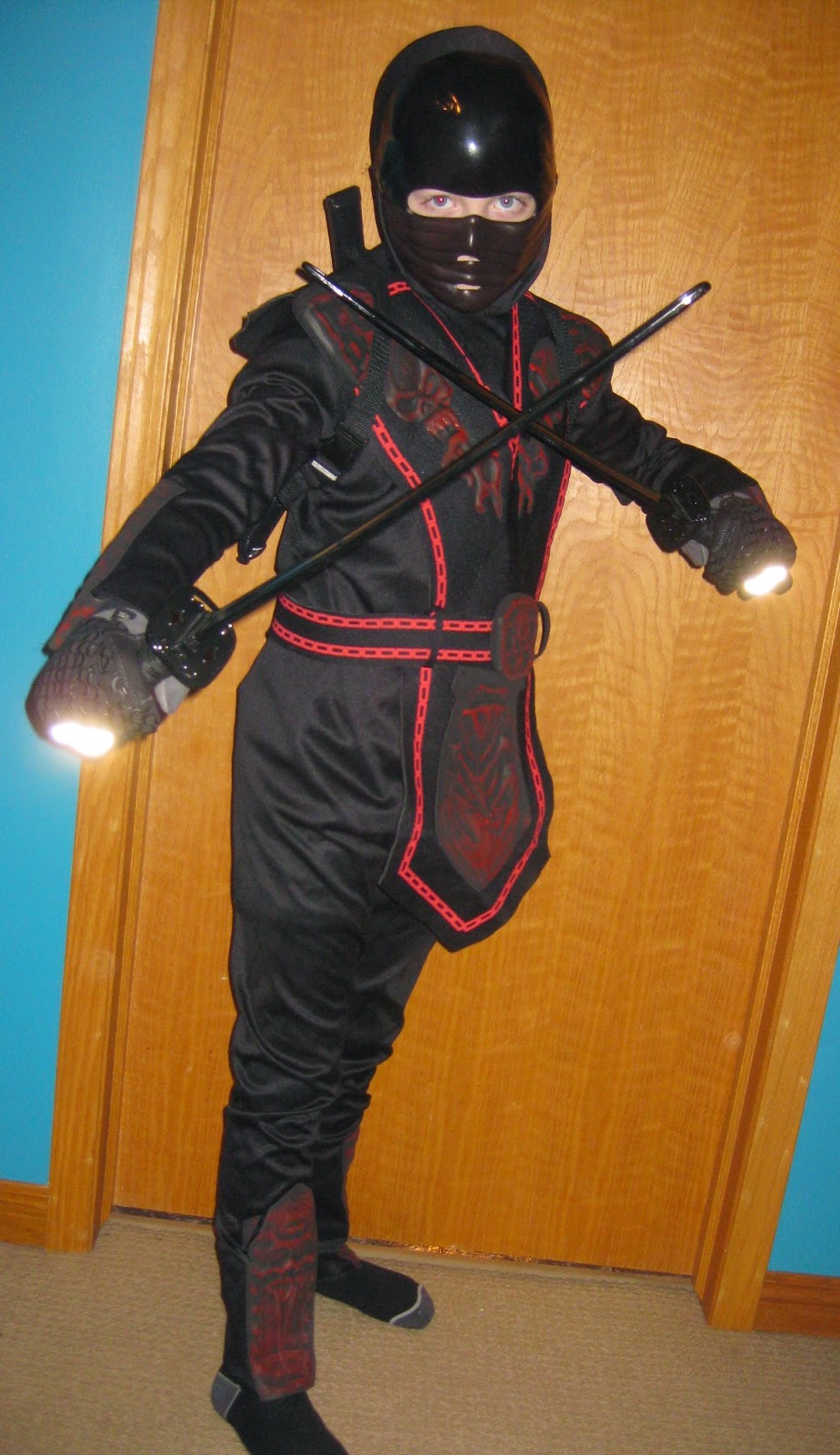 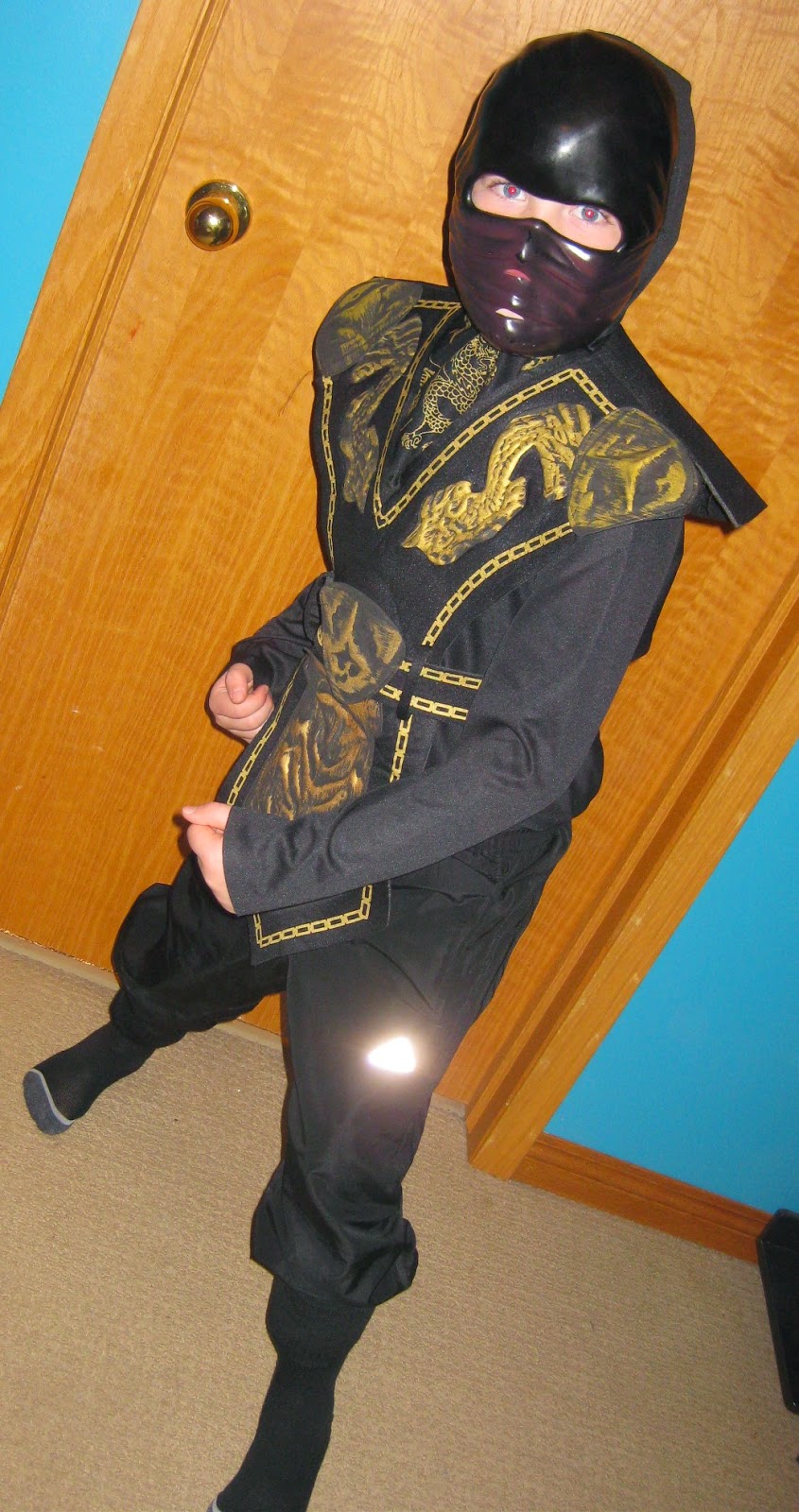 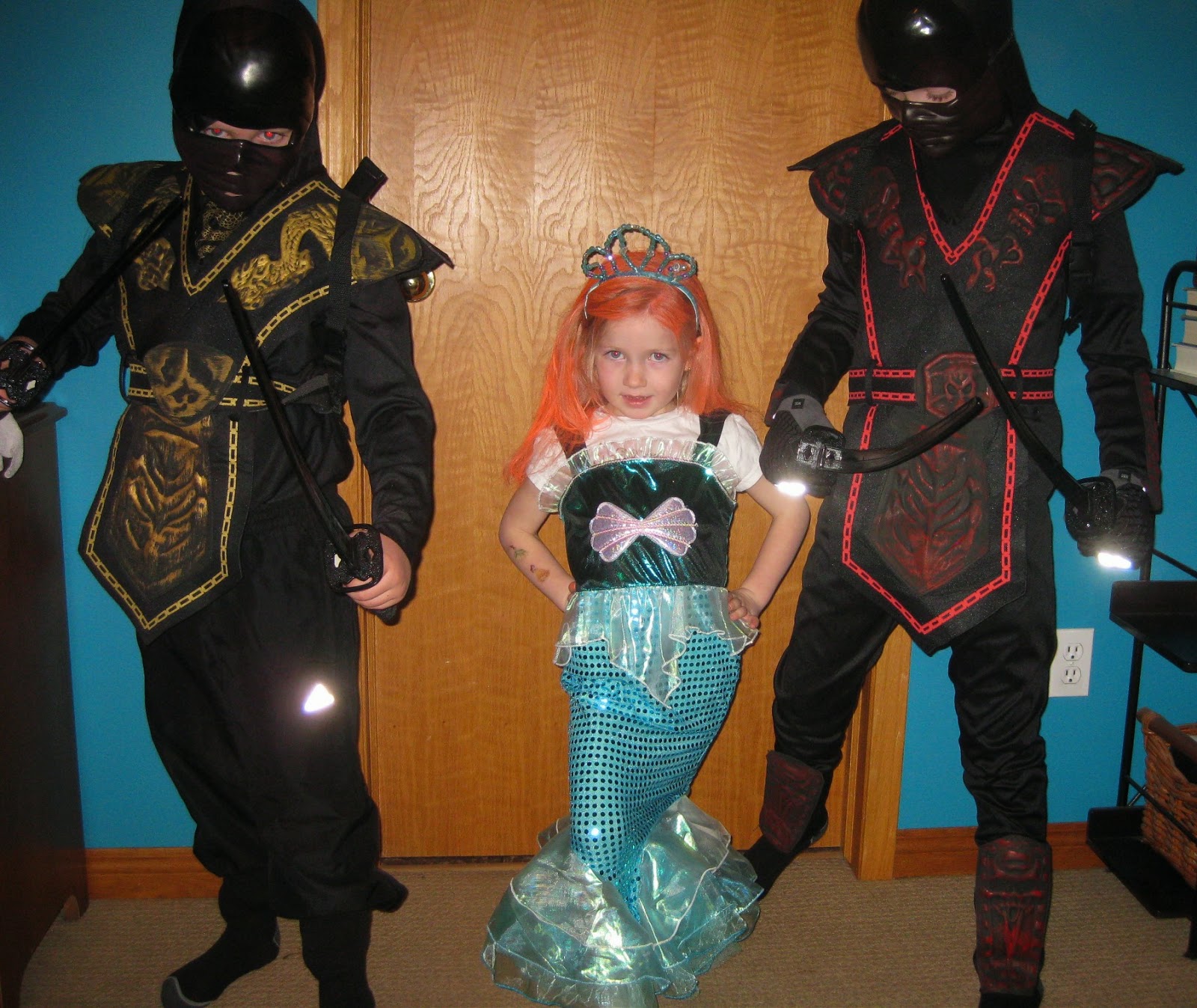 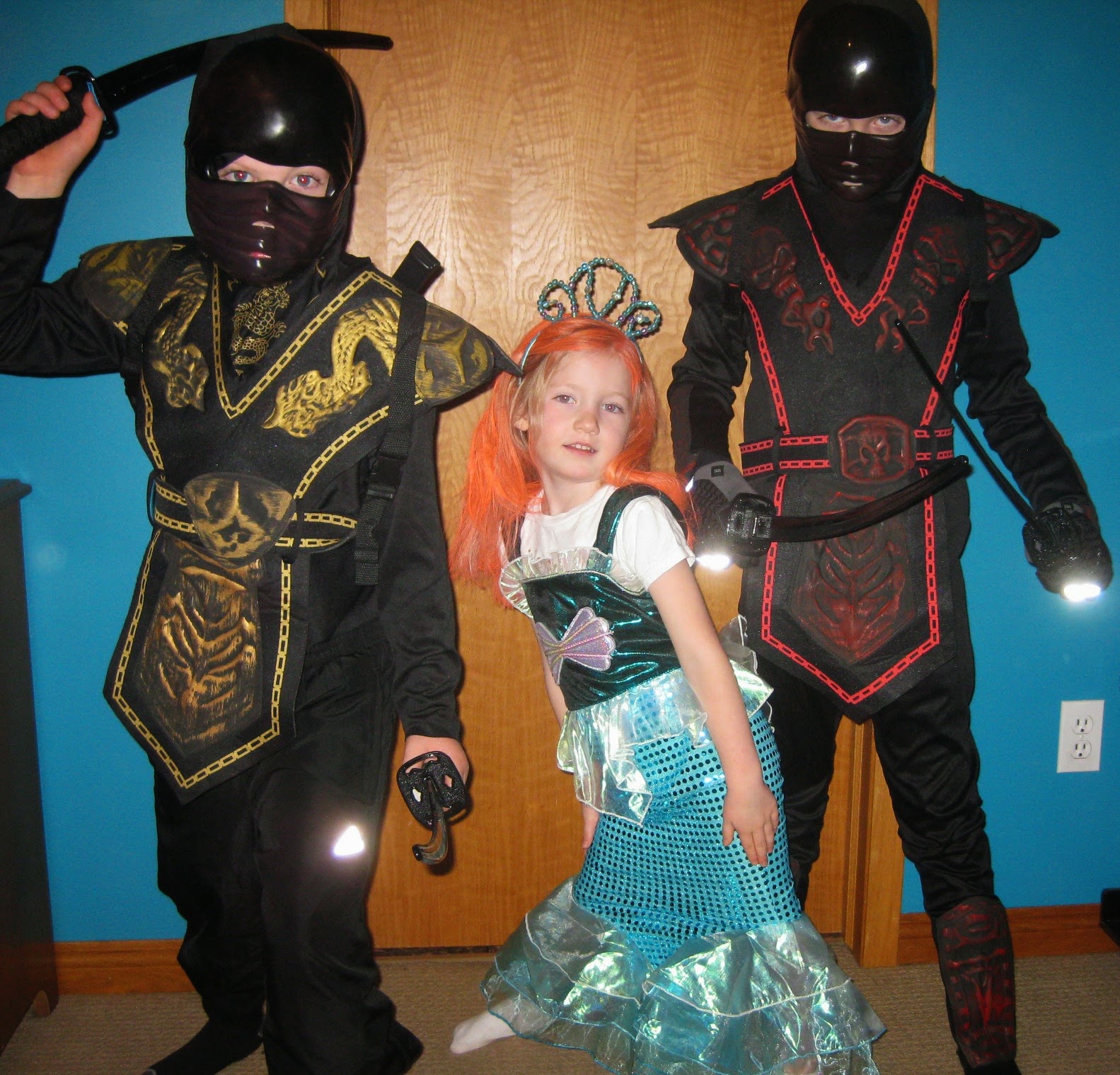 I wouldn't mess with any of them... 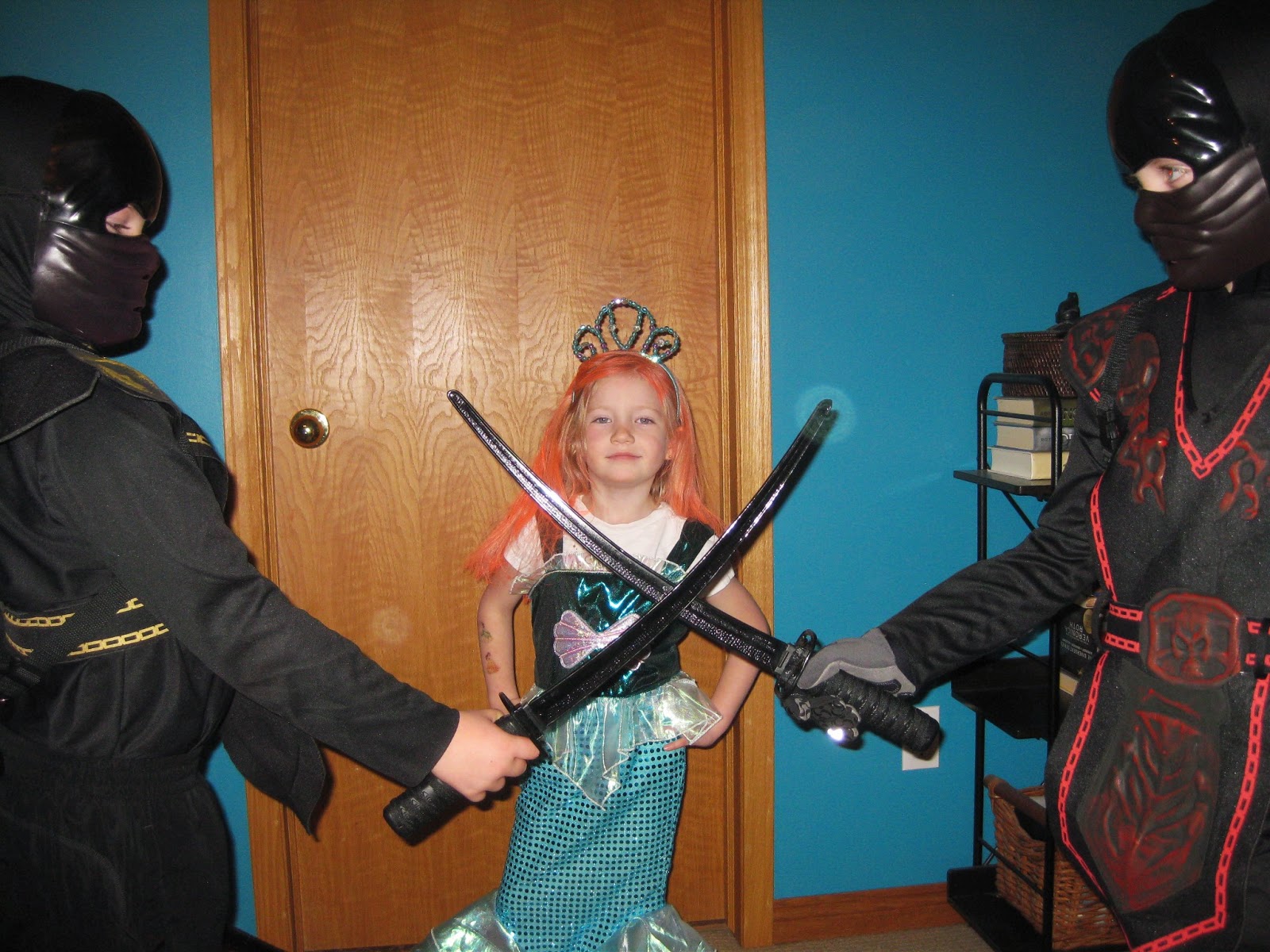 They styled this shot themselves.
#proudmama

Mr. Style and I couldn't quite decide what we wanted for our costumes for a Halloween party last weekend.  We anticipated the host family would be going with a Peter Pan theme so went with complimentary costumes... 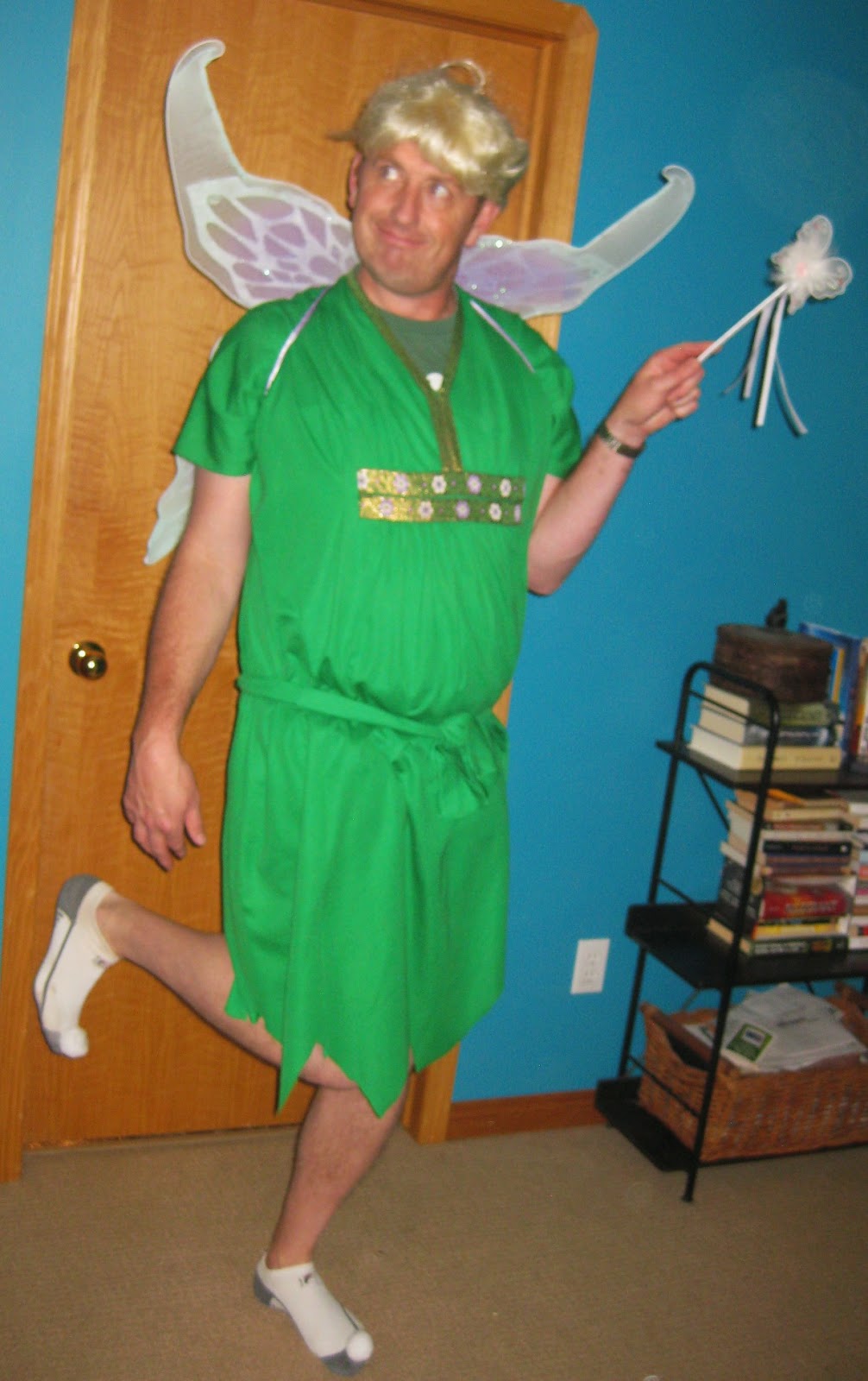 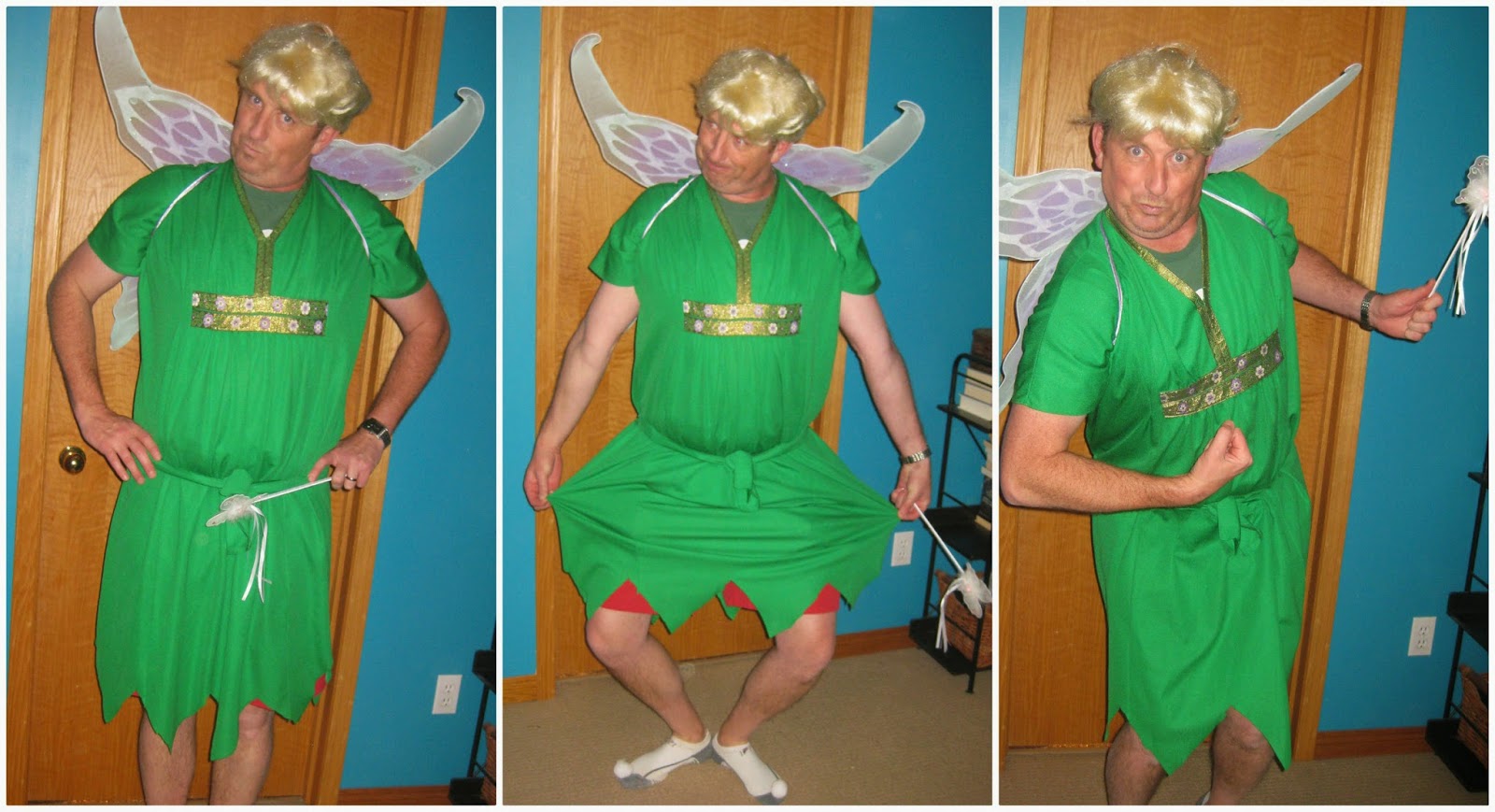 It's not as easy as you might think to find a man-sized green dress, but we lucked out, did a bit of DIY and the rest is history! 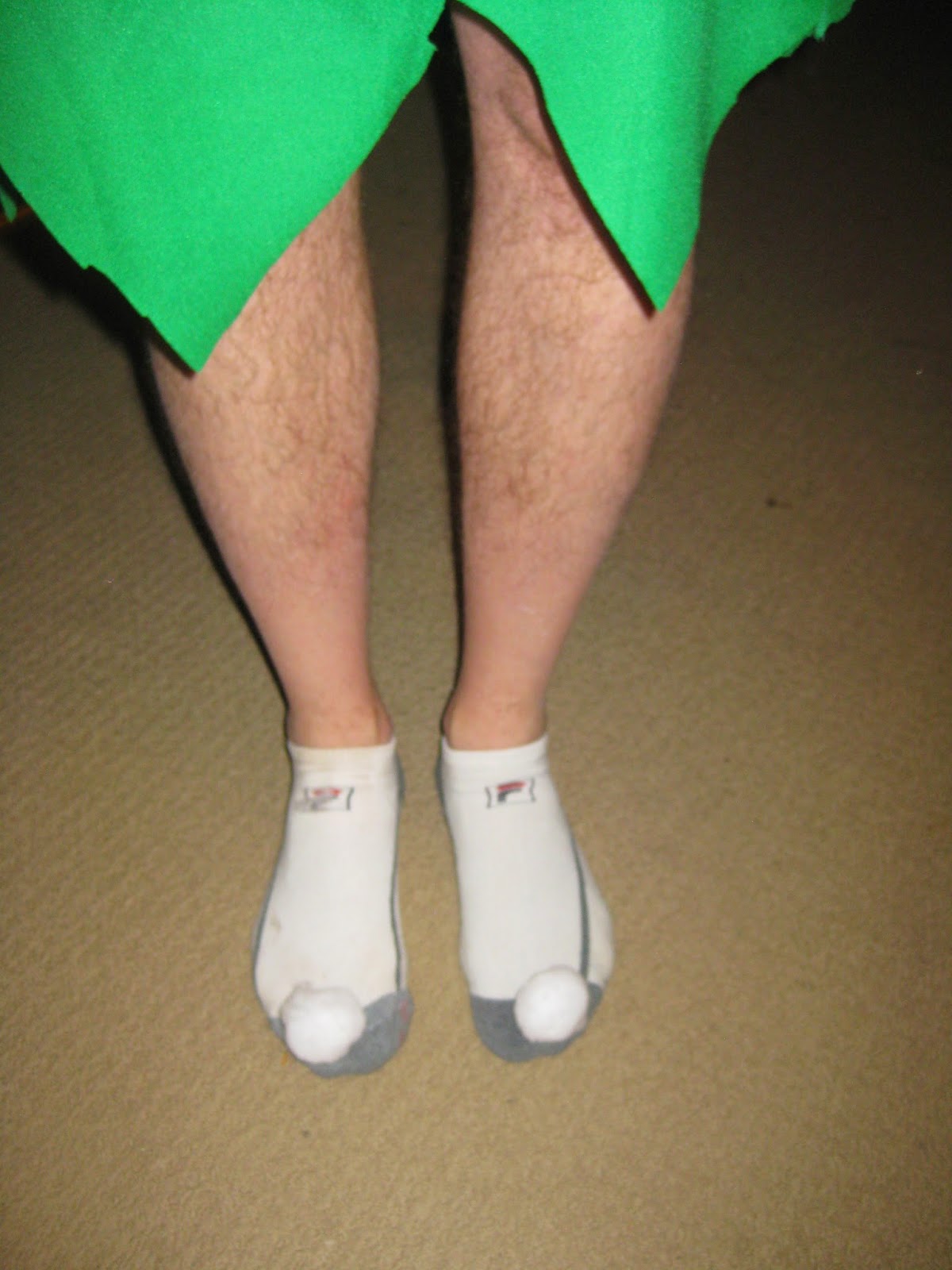 This was as close as I could get him to pompom heels.

Tinker-man took home the adult costume prize that night!  As for me, since Tink was taken and there was already a mermaid and Wendy...

Tiger Lily!
Come to think of it, all the women in the original Peter Pan (except sweet Wendy) have a bit of an attitude... 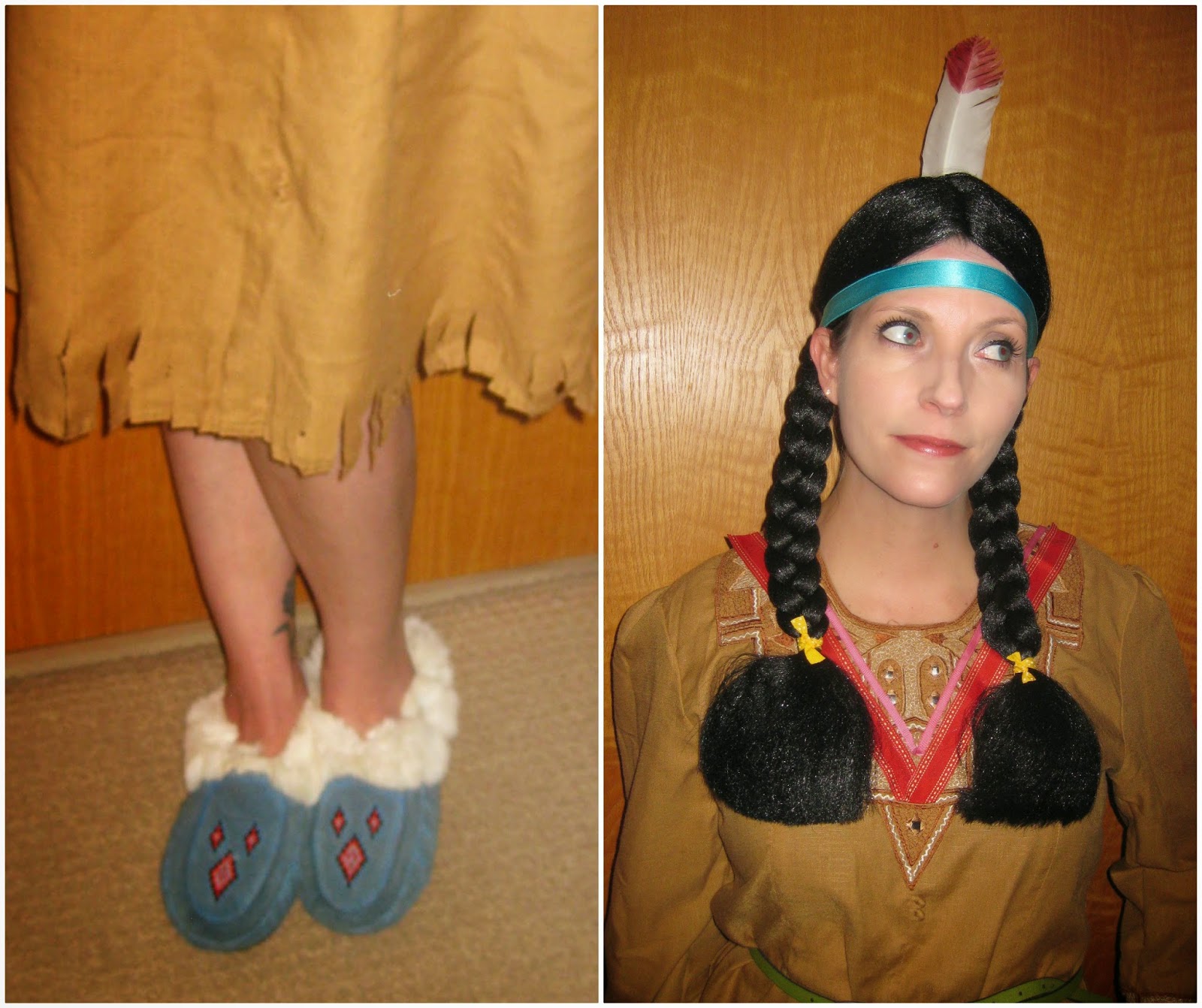 A little DIY with scissors, a glue gun and a sharpie was all I needed to complete my costume!
I even found leather moccasins in the right colour!!

Ribbons and a feather from my craft stash and $1 thrifted green leather belt!

I can't recall how much everyone's costumes were, but mine was less than $25 including the wig.  I find it way more fun to create a costume from thrifted pieces than buying new and I'm already thinking of what group costume we can do next year!!  I hope you took advantage of all that Value Village has to offer at Halloween, and if not, there's still time before trick or treating tonight! 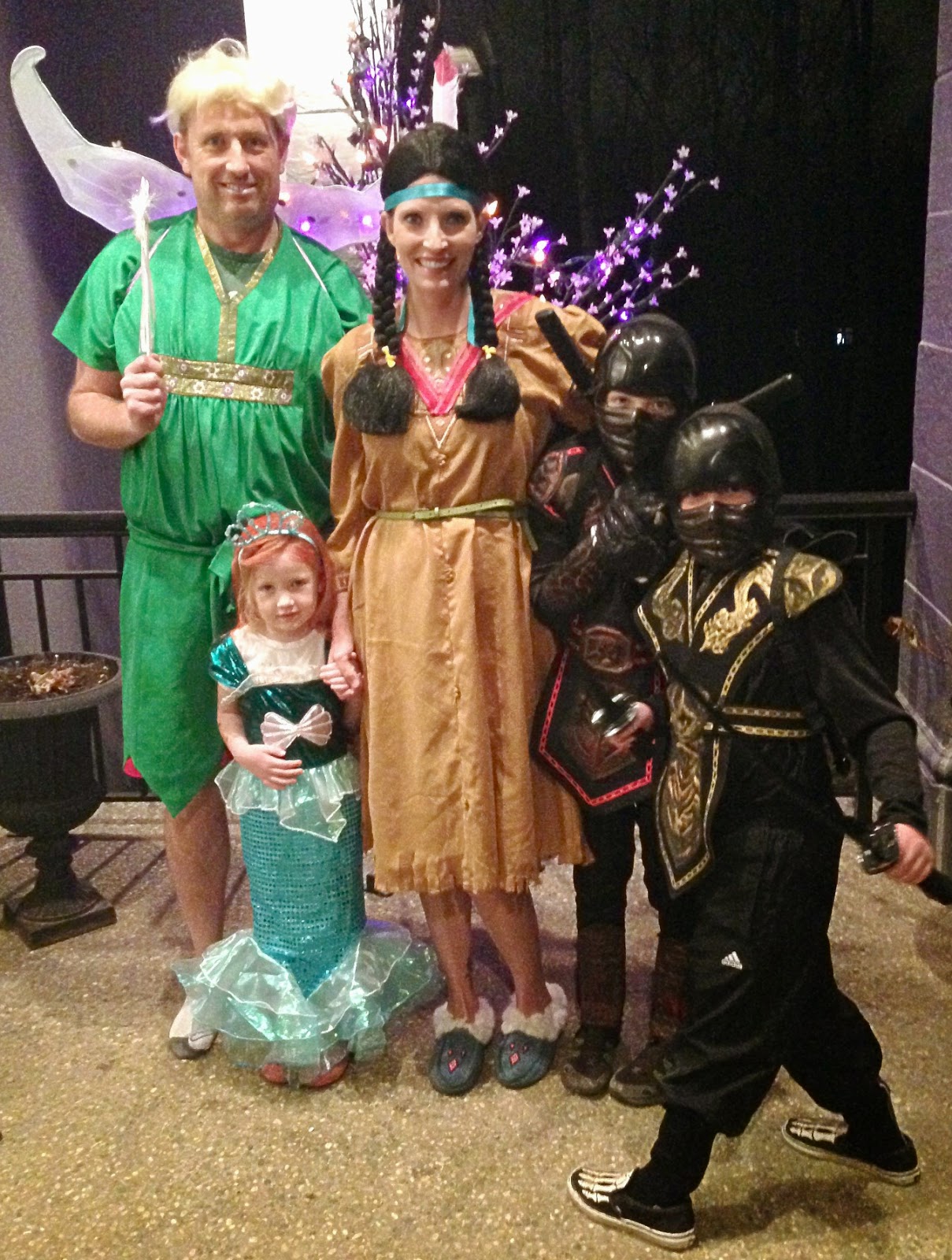